July -
We went to Anderson Ranch and spent several days camping. We also went to Boise while Mr. Keller went fishing in Alaska with Papa Corrie. Daddy brought back a stuffed animal grizzly bear for the boys. The boys named him Jim and he's been the most beloved toy ever since. We've all enjoyed some delicious fish dinners, too. He's looking forward to another Alaska trip this summer.
The boys and I took a second trip to Anderson Ranch with my parents and helped fix up the shed/mini cabin up there. We painted, scrubbed, painted some more, laid a new floor. Lots of little fixes. We had so much fun and can't wait for next summer when we can really enjoy all of our hard work.

August -
Mr. Keller and I spent a few days in Jackson while Grandma Lorrie watched the boys. We also flew the kids to Huntington Beach again and to Disneyland. We really enjoyed this little trip. The boys travel so well. Mr. Keller got a HORRID sunburn while we were there, so that kind of put a damper on the rest of the trip for him. It was not good! He actually still has scarring from that. The coast was ironically somewhat chilly, but Disneyland was hooooooot. So so hot! I don't think we'll ever go back in August. The boys' favorite ride was Pirates of the Caribbean (we went three times!), and Splash Mountain, which I totally hated and knew that I would! I thought I was having a heart attack afterward. That was not the ride for me! Mr. Keller could have died laughing at the picture that was taken as we plummeted down. I screamed so loud. He said he's seen me give birth and he's never seen me make that face before. Lolol. No good!

We also spent lots of August evenings eating Hawaiian shaved ice at the stand by the mall. We kind of got addicted and dropped some serious cash there throughout the summer. We had a sleepover on the trampoline one night during the meteor shower. The boys and I hit all the estate and yard sales each weekend. We did tons of yard work, tended our garden (kind of) and looked after our cows. We had a lemonade stand (the boys made over $20!), took a day trip to Lava Hot Springs, took a day trip to Bear Lake (dreamy!).

In late August, we sent both boys off to school part-time and it took me several weeks of adjusting to an empty home. Such a new, painful stage, but we've survived. New beginnings tend to be hard for our little family, but our boys were so brave. They've already grown so much over the last few months.

September-
Kricket came to visit us and we had such a fun time with her as always. Grandma Lorrie also came to stay with us while Mr. Keller was hunting. We made pecan pie and had a little photoshoot in the back pasture. In the middle of September, we went to the pumpkin patch with the school. Mr. Keller bought a four-wheeler with a snow plow (which we've been sooooo thankful for the last little bit), and he also turned a new leaf when he bought himself a new truck (finally!!!!). We did lots of flea market prep and raked dozens and dozens and dozens of bags of leaves. The boys were such big helpers. This was a huge job! Mr. Keller turned 33 on the 23rd and he was sweet and selfless and took me to the Vintage Whites market in SLC and to Ikea on HIS birthday, which pretty much made it like my birthday. We stayed downtown overnight and headed back to Logan to pick up the boys the next day.

October-
We attended my Grandpa Bruce's 80th birthday party in Twin Falls. The best part was being together with ALL of my cousins but one. That hasn't happened for years and years and years. My parents came to visit the weekend of the primary program. We went to the pumpkin patch again and carved pumpkins together. We also went to Boise for several days while Mr. Keller worked in Phoenix. We shopped a lot that trip (bought the boys their first suits!), and on our way home, we stopped by the Boise temple for Morgan's baptism pictures. We had another wild, successful booth at the flea market. We had our first-ever friend birthday party for Morgan's 8th birthday with costumes, pizza, cupcakes and a pinata. The boys both went trick-or-treating as pirates -- matching costumes -- and brought home loads and loads of candy.

November-
Morgan was baptized on November 5th and we felt so much love from our family and ward friends that day. We had a nice lunch afterward and a little birthday party for him. I enjoyed looking back through all of our old pictures and printing off one from each year of his life. I can't quite account for all the time that has passed since he was brand new in my arms, but I'm so very proud of him and so thankful he's mine. I love him so very much.


Here are just a few summer and fall pictures: 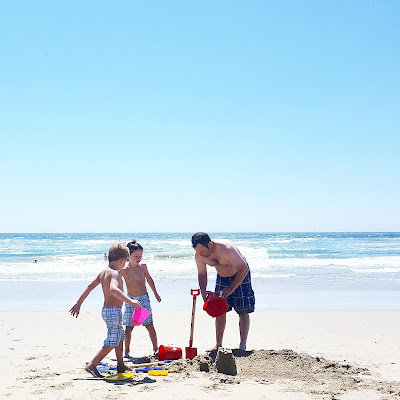 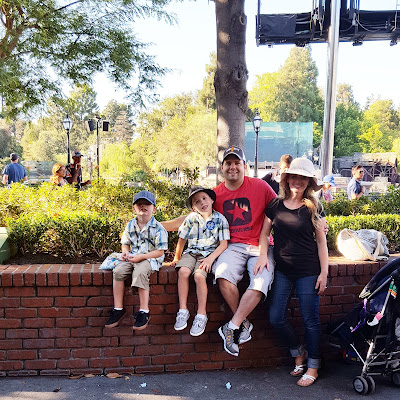 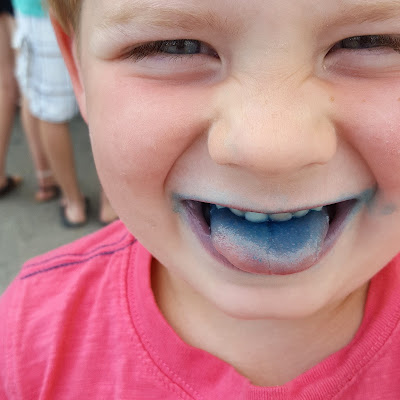 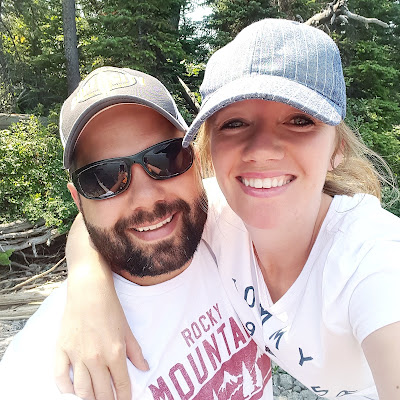 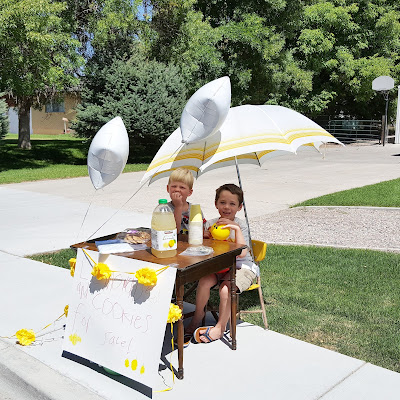 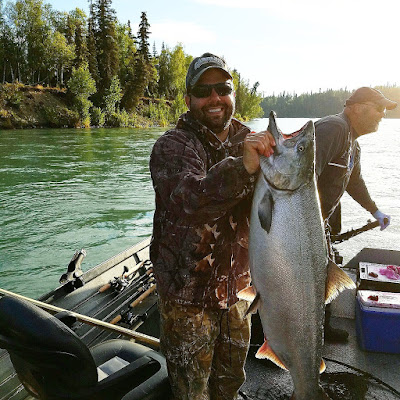 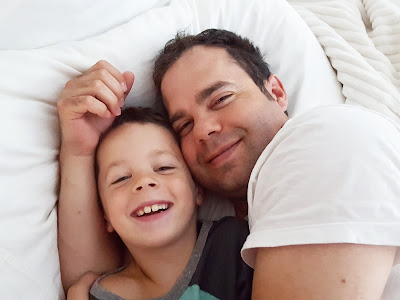 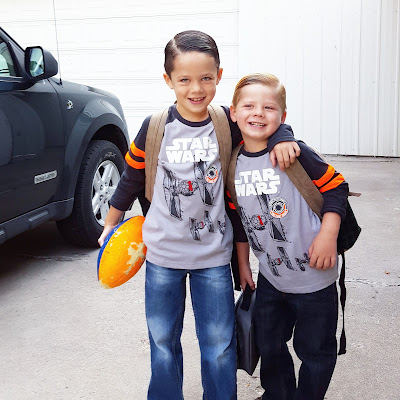 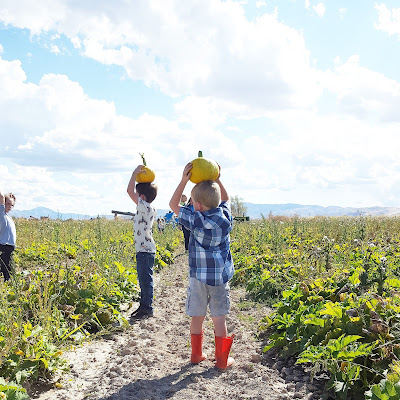 We didn't get to plant pumpkins this year, so one morning, we brought some home from the grocery store. Danny couldn't wait to get home to put them all in his tractor and take them for a ride with his hat. He was a farmer that day. He even picked one of his beloved sunflowers. It was such a cute cute thing. We drove all the way down to the church and back and he would lift is hat and wave to the cars that went by. I loved this morning and want to document it well so I don't forget. 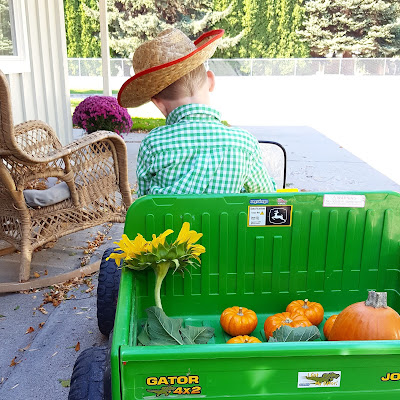 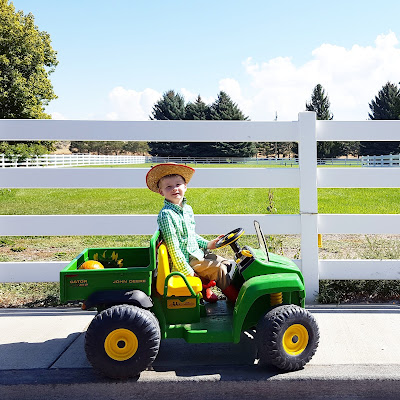 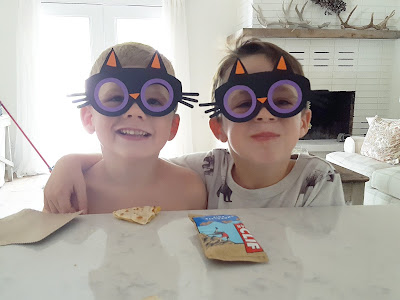 One of the giant piles of leaves we raked. 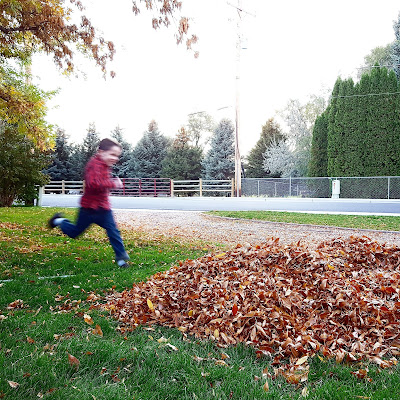 Halloween night - Danny carried his candy bag with his hook the whole time! 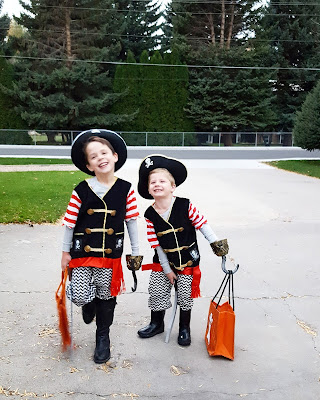 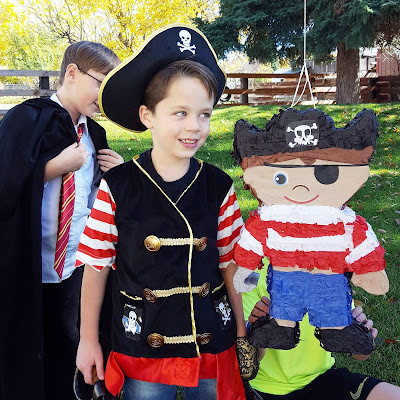 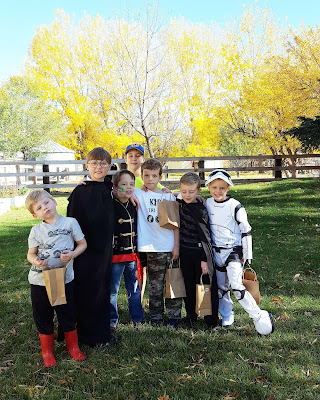 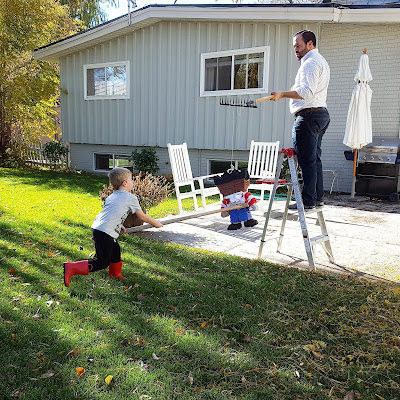 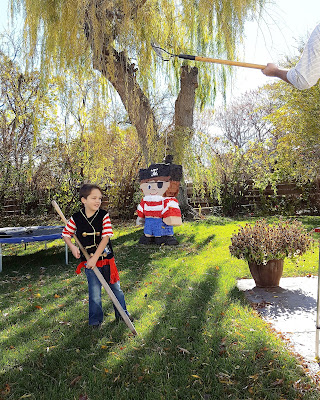 Primary Program -- Morgan surprised us by getting up to help Danny with his part when he needed help at the pulpit. We didn't know he had memorized Danny's part, too. It was so sweet! I totally cried. 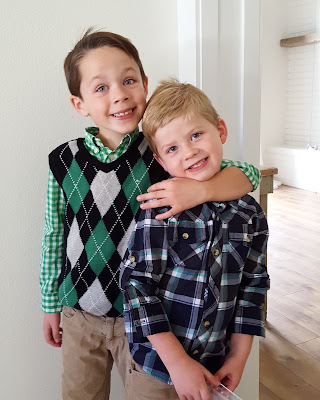 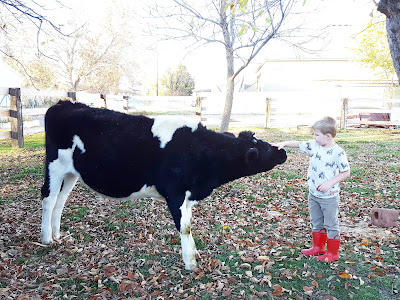 Clicker, typer, lover of words, sharer, creator, mother of two. Welcome to my webjournal. Thanks for stopping by.
Hollie Keller

Back in the day